An Advanced Chiropractic Care Technique for Optimal Balance and Stability.

Work with us to remedy your aches and pains with Gonstead corrective chiropractic care. We at Creekside Chiropractic are skilled in the Gonstead technique, a non-intrusive chiropractic treatment. Call to schedule an Exam and Consultation (801) 256-6675 today! 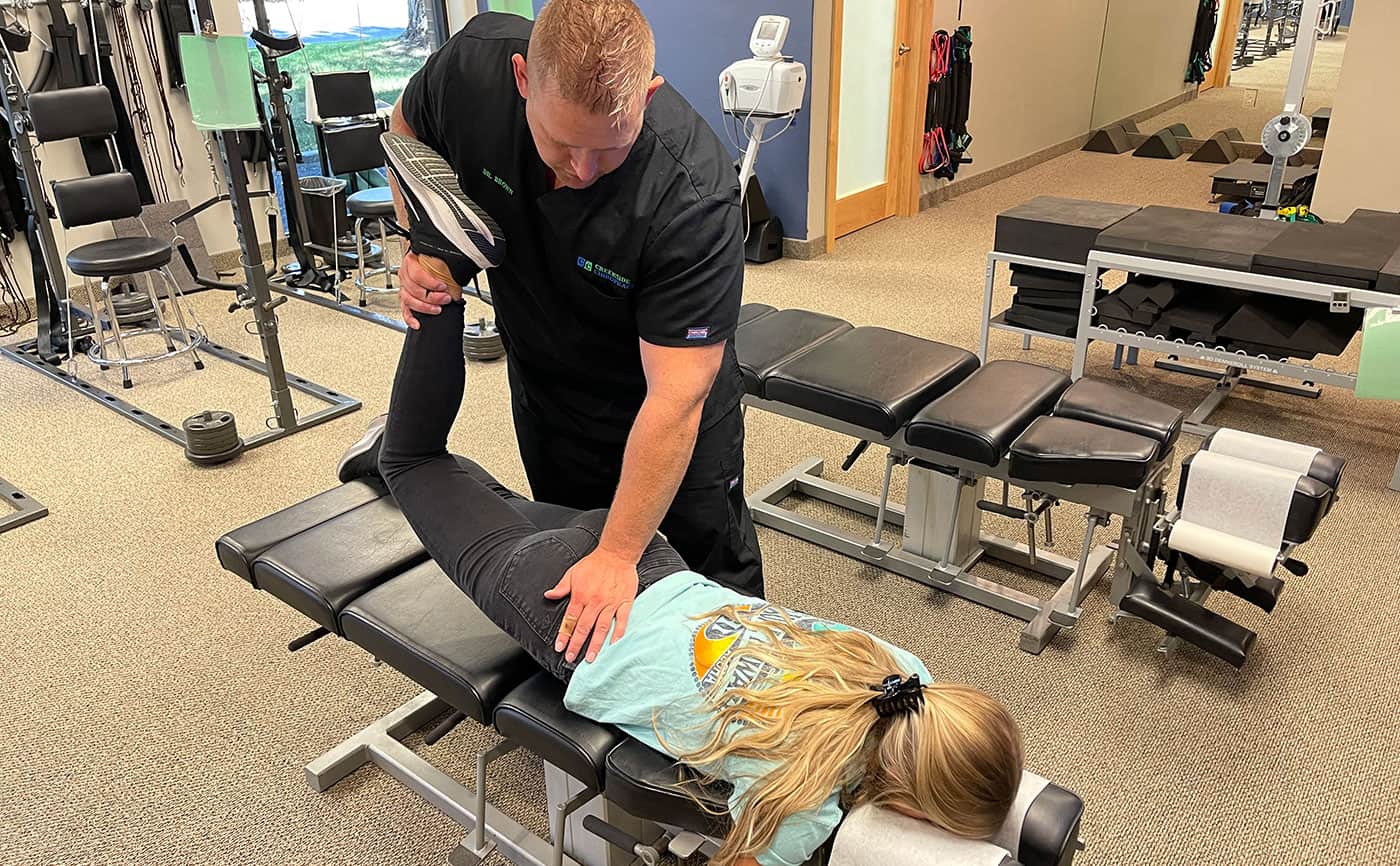 If you’ve never heard of the Gonstead Chiropractic Technique, this discussion will be highly informative and perhaps beneficial to your own personal life. The Gonstead approach starts with an understanding of the body’s foundation, which is the pelvic girdle. When this structure is completely level, there will be optimal balance and stability imparted to the spinal column.

If it happens that any of the spinal vertebrae or pelvic girdle components get rotated out of the normal position, or become somehow tilted, that can cause some significant changes all around the body. Whenever these bones are misaligned, a great deal of pressure can be exerted on the discs which are situated between the vertebrae. When vertebrae are jolted out of position too severely, natural healing cannot take place, and it becomes necessary for external intervention. The Gonstead Technique is centered around recognizing and correcting misalignments which occur in this manner.

What is The Gonstead Treatment?

And how you can benefit from the technique

After having conducted a thorough analysis, a Gonstead chiropractor will generally be prepared to make any adjustments which are necessary to restoring optimal balance to the spinal column and pelvic girdle. The main focus of any Gonstead adjustment will be to make adjustments that are as precise and accurate as possible, addressing only the areas where misalignments or subluxations have occurred.

During the process, great care is taken so that a bio-mechanically correct position can be established, as well as the most precise thrust that will deliver an accurate and pain-free chiropractic adjustment. Your Gonstead doctor will always attempt to restore and maintain an optimal state of health by identifying and correcting any kind of pressure or interference exerted on the nervous system by vertebral subluxation.

How the Gonstead System was Developed

The principles used in Gonstead adjustments were developed after exhaustive clinical research conducted by a physician named Clarence Gonstead, who founded the Gonstead Chiropractic Clinic in Wisconsin. Dr. Gonstead was involved for 55 years in a continuous practice, making more than four million chiropractic adjustments, and discovering the most important principles of biomechanical analysis. Many of these principles are still in use today, and the only reason all doctors don’t make use of this technique is that Gonstead analysis takes quite a bit of time, and requires a mastery of specific adjustments.

Generally speaking, any Gonstead chiropractor will go beyond a normal spinal assessment, using various criteria to detect the existence of any kind of vertebral subluxation. Both the analysis and the subsequent spinal manipulation call for a great deal more analysis and mastery of chiropractic techniques, so that optimal balance can be restored to the spinal column and pelvic girdle.

The five-part analysis system incorporates different factors as follows: visualization of any posture changes or movements, instrumentation which involves the Nervoscope to detect uneven spinal distributions, static palpation which involves feeling the spine and its stationary condition, motion palpation which entails monitoring the spine during movements, and x-ray analysis which allows the chiropractor to review the total spinal structure.

Most conventional chiropractors will not be trained to conduct this type of analysis, and then proceed with spinal manipulations which go directly to the source of the issue, learned through the original analysis.

OUR OTHER CHIROPRACTIC TREATMENT SERVICES

Don't wait to schedule your appointment!